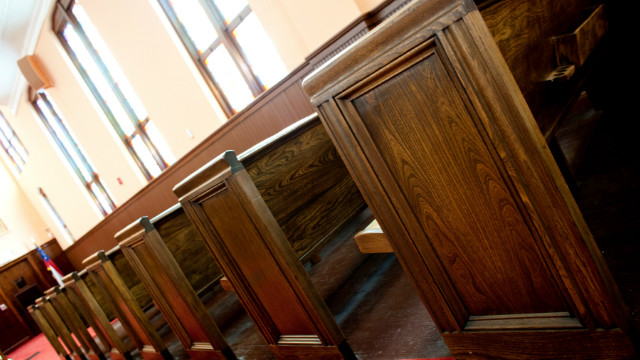 The Pew Forum for Religion and Public Life found more voters feel that politicians are talking about religion "too much."
Update Required To play the media you will need to either update your browser to a recent version or update your Flash plugin.
April 26th, 2012
12:28 PM ET

(CNN) – Is Washington a holy city? It might seem that way, with all the talk about religion and morality in the 2012 election.

But all that God talk may be rubbing voters the wrong way.

"It's getting ugly out there," said Tim King, an evangelical Christian who works for the progressive religious group Sojourners. "There are a lot of Christians who are using their faith as a political weapon, which it's never meant to be."

King, who calls himself "politically homeless," says that while both parties talk about faith and invoke Scripture, he and other young evangelicals he knows sense an undercurrent of political gamesmanship in all the religious talk.

"You don't get to win the argument because you have more Bible verses," he told CNN Radio. "You need to make the case about why your policies are good for everyone."