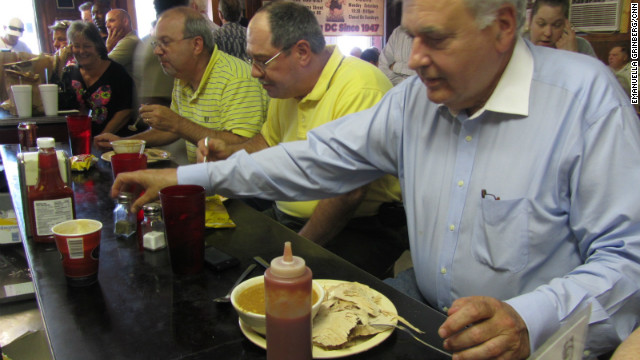 Customers crowded in for one last taste of BBQ.
Update Required To play the media you will need to either update your browser to a recent version or update your Flash plugin.
May 4th, 2012
01:53 PM ET

It was a few minutes before 11 a.m. and Bill Adams had two things on his mind: Brunswick stew and cracklin cornbread.

To satisfy his craving for meat stew and fried pig skin, this lifelong Georgia boy made the hour-long drive Tuesday from his home in Griffin to Harold’s Barbecue in south Atlanta. When he and his friends learned this was to be Harold’s last week in business, they made plans for a final pilgrimage.

“Just wanted to stop by for one last meal,” the longtime patron said as he waited in the restaurant’s dusty parking lot for doors to open. He wasn't alone; there were about a dozen others, including a pair of Georgia State Troopers.

“It’s inevitable. Everything changes. Nothing lasts forever,” he said. “We don’t like it but we can’t stop it.”