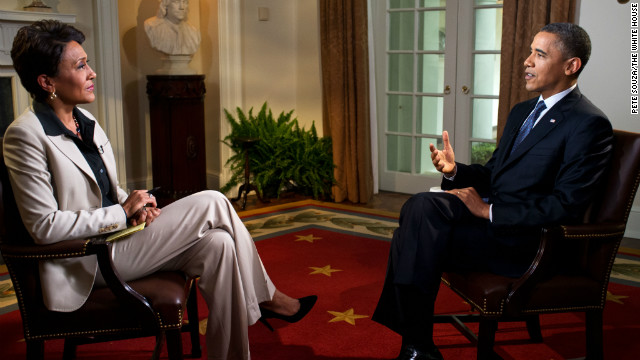 President Barack Obama interviewed by ABC's Robin Roberts at the White House, May 9, 2012.
Update Required To play the media you will need to either update your browser to a recent version or update your Flash plugin.
May 10th, 2012
02:47 PM ET

(CNN) - The President’s endorsement of same-sex marriage is a turning point in the effort to legalize unions between gay and lesbian couples. But at the moment it is still a states rights issue.

Today, same-sex marriage is not legal in 44 states. Freedom to Marry founder Evan Wolfson is hopeful that President Obama’s words will help them change minds in many of those states. “I think the President’s very powerful, heartfelt words will be an ingredient in the conversation and they will resonate,’ said Wolfson.

But it's raised questions about President Obama’s motivation for his support of same-sex marriage. “There was Democrat, gay Democrat money that was on the sidelines essentially on hold until such an announcement was made,” said R. Clarke Cooper, Executive Director of Log Cabin Republicans, a gay organization. END_OF_DOCUMENT_TOKEN_TO_BE_REPLACED