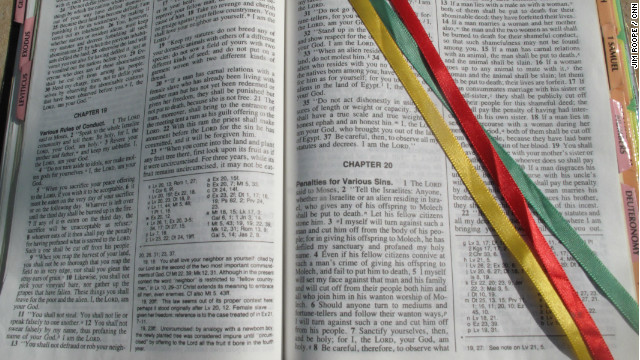 (CNN) - President Obama’s statement last week in support of same-sex marriage has many consulting their bibles, trying to prove him wrong.

“God designed marriage from day one between Adam and Eve, a man and a woman,” said pastor Tim Carns of Calvary Bible Church in Burbank, California. “He said for this cause a man shall leave his father and his mother and cling to his wife, the two shall become one flesh.”

Carns, a fundamentalist Christian, believes the Bible should be interpreted literally, as done with the passages mentioned above from Genesis. However, there are laws written in the Old Testament that even fundamentalists say are subject to interpretation. Leviticus 19:22 states, “You shall not lie with a male as with a woman; such a thing is an abomination.” But Deuteronomy 2:5 tells us that a woman who wears men’s clothing is also an abomination.

Rabbi Morley Feinstein of University Synagogue in Brentwood, California agrees, but goes one step further.
“We have to recognize first of all that the bible was written for a particular age and time,” said Feinstein. END_OF_DOCUMENT_TOKEN_TO_BE_REPLACED 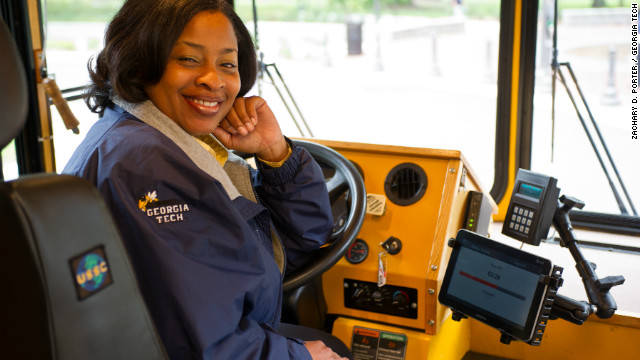 Cebrina Benson's Georgia Tech bus is equipped with GPS and a computer pad that allow her to drive without a schedule.
May 17th, 2012
02:25 PM ET

Waiting for a bus? Math may help

(CNN) - Georgia Tech student Alexandra Gaigelas takes a shuttle bus to get around the Atlanta campus. Many times, she waits too long for a bus.

And that second bus is largely empty. It's called bus bunching, and it happens when buses are thrown off schedule because of traffic, weather or too many passengers at one stop.

And when those buses are off schedule, the drivers try to adjust. Student Sukirat Bakshi says he's been victim of a bus "drive-by."

“It happened to me where the driver just would not stop at a stop. They would just run off to catch up to the schedule.”

It turns out math can fix the problem. Georgia Tech professor John Bartholdi and University of Chicago professor Donald Eisenstein used complex algebra to develop a kind of anti-bus-bunching formula. They took what’s known as the Markov Chain through the wringer. It’s a math theory that shows predictable long-term behavior.