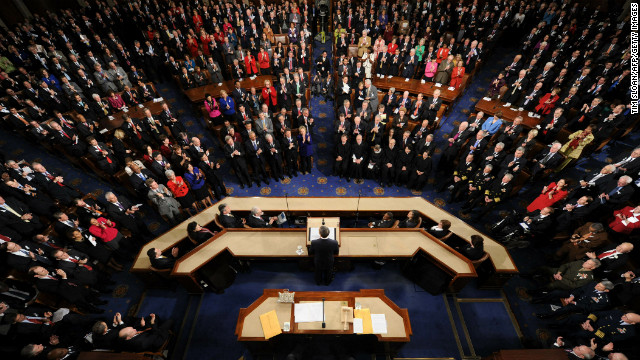 How to motivate Congress? Dock their pay

(CNN) – Take a look at the Congressional calendar and it shows lawmakers plan to be in Washington about 30 full days in the next five months. And during those weeks of work, lawmakers face massive policy battles, including a September 30 deadline to keep the federal government funded. (One of several deadlines leading up to the looming “Fiscal Cliff.")

But in a time where more politicians are throwing knives than olive branches, what could possibly motivate Congress to come up with agreements to big policy deals?

“What if they stopped getting paid October 1st… if they hadn’t gotten the entire budget done?” asks Bill Galston, senior fellow at the Brookings Institution, a public policy think tank.

The idea is to put in law an entirely new incentive for Congress: their own personal salaries, which would be frozen if Congress does not pass a budget and its annual appropriations bills by the end of the fiscal year, September 30.

“And they wouldn’t get back-pay once they actually got the work done,” Galston added, “They’d lose the money.”

Galston and others from a nonpartisan government reform group called, “No Labels,” have taken this idea and turned it into a bill, the “No Budget, No Pay” act. Now Galston says it has ten co-sponsors in the Senate and 50 in the House.

Could it pass? Galston feels that the tide of voter frustration with Congress is giving the idea a boost.

“I’m not going to assign odds to it,” he told CNN Radio, “but if we didn’t think we had a shot at it this year, we wouldn’t be pushing as hard as we are.”

Would a pay freeze actually motivate Congress? Aren’t most members already wealthy? Listen to our report.