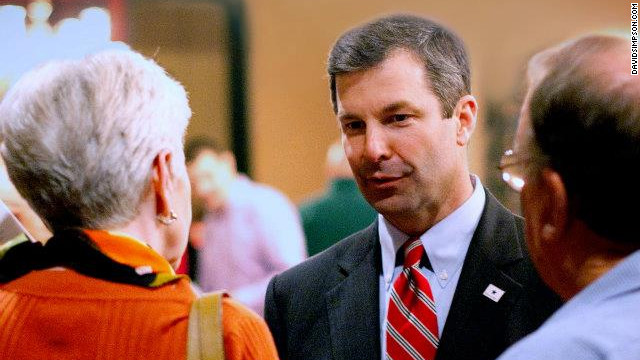 (CNN) - About twenty years ago, GOP strategist Karl Rove came up with a winning political formula in Texas:

“Focus on ultra-conservative, Republican voters, who are very religious, and into issues like abortion, and against gay marriage, and to combine that with a corporate side of the party,” says David Mann, editor of the Texas Observer.

That formula has been good for the GOP, not just in elections, but also in fundraising. The Houston Chronicle recently reported that Texans give more money to SuperPACs than any other state. Texas only trails California in total political giving.

The overwhelming majority of the money from Texas goes to conservative causes.

“So you’re marrying the corporate money, that’s so powerful in Texas, with the grassroots energy, that cares so much about social issues, and that became a very powerful force in Texas, and that’s something we still see today,” Mann says.

But a new formula seems to be emerging. This week powerful Texas establishment Republicans were either ousted, or forced into run-offs. Three state house representatives in leadership positions lost their Republican primaries to challengers campaigning on a strictly conservative platform.

Even Lt. Governor David Dewhurst, arguably one of the most powerful Republicans in the state, failed to win a majority of votes in his U.S. Senate bid. He'll face former Texas Solicitor General Ted Cruz in a July 31 runoff. Cruz has the endorsement of former U.S. Senator Rick Santorum and current South Carolina Senator Jim DeMint, both outspoken conservatives who represent the anti-establishment vein in the GOP.

This new GOP winning formula appears to cut corporate interests from the equation and has worked successfully for candidates like State Representative, David Simpson, who's 7th District is based in Longview.

A libertarian-conservative, Simpson has persistently annoyed the corporate side of the GOP after just one term in office. He is unabashedly critical of the federal government, as well as his own party.

“We’ve always been good at talking about liberty and freedom, but then oftentimes we’ve supported big corporations, and we’ve done things by force that we should’ve done freely,” Simpson says.

That libertarian philosophy has been married with a religious tone, creating a new formula, according to Texas Observer writer Forest Wilder.

“On his website, he’s laying out his very conservative, I would term it anti-government philosophy, and [uses] footnotes to biblical passages to the Old Testament to justify it,” Wilder says.

“So what’s so great about him is he perfectly distills the ideal type for a certain type of Tea Partier in Texas.”

Around the country there’ve been similar insurgent campaigns that have unseated more moderate and established Republicans. The primaries in Texas this week confirmed a move towards libertarianism with an anti-corporate bent. And for the past 20 years, wherever Texas goes, the conservative movement has followed.