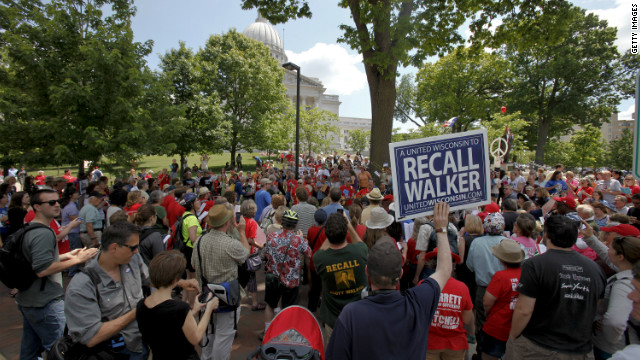 (CNN) – The recall election in Wisconsin may be the political event of the week. But it's perhaps a distraction from the longterm elections story it foretells.

Few have noticed, but in the past few years, it looks like the number of recall elections in the U.S. has dramatically surged.

“It has exploded,” said Joshua Spivak, senior fellow at the Hugh L. Carey Institute for Government Reform at Wagner College.

There are no comprehensive statistics on recalls, in part because they occur state-by-state and city-by-city. But by Spivak’s count, the past two years have seen as many state recall elections as did the previous 30 years. What’s happening?

“What I think it is is technology,” Spivak told CNN Radio. “The technology has really allowed people to get that recall on the ballot, because that’s the real hurdle.

Listen to our story on the recent recall revolution, including the average success rate of recall efforts.