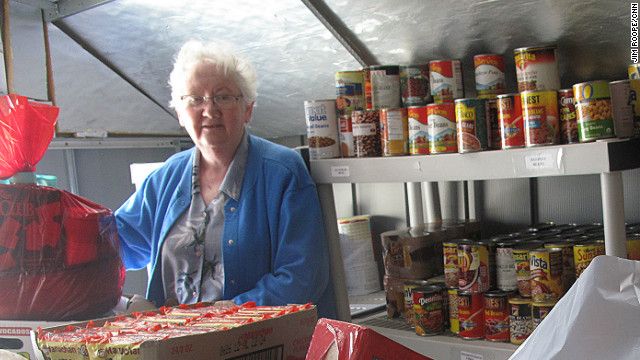 Sister Vickey Haran runs the Margaret Alyward Center for the Poor in the Los Angeles suburb of Pico Rivera.
June 8th, 2012
11:04 AM ET

(CNN) - On June 12, U.S. Catholic Nuns will take their response to the Vatican’s accusations that they are straying from church doctrine to Rome.

“I don’t know why Rome is not happy,” said Sr. Vickey Haran in Los Angeles. “All of our energies have gone into making our selves better so that we can serve the poor people of God, she said.”

Haran, originally from Sligo, Ireland, has been a nun for 50 years in the Holy Faith religious order, and in the U.S. since 1967. She’s heartbroken and angry about the Vatican’s charges that the Sisters have been challenging the Church’s doctrine on homosexuality, the male-only priesthood, artificial birth control, celibacy and even abortion.

“I think that Rome has to look at itself first,” said Haran. “You know, clean up your own house first because it’s under tremendous strain and stress, it must be, with all of the allegations and everything that has gone on in the past.”