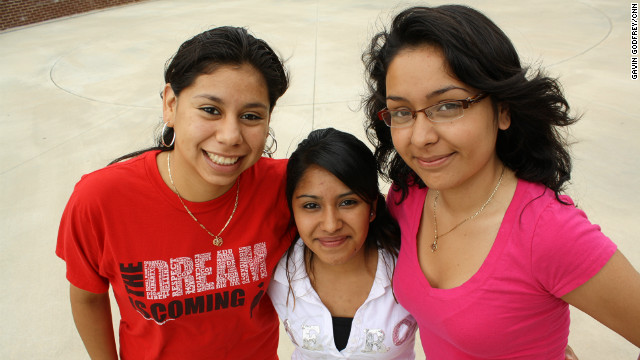 Jessica Vasquez, Nataly Ibarra and Dulce Guerrero met through through their decision to speak out about their illegal status.
June 18th, 2012
11:25 AM ET

Undocumented students in their own words

(CNN) – Last summer, students Nataly Ibarra, Jessica Vasquez and Dulce Guerrero all admitted publicly that they are in the United States illegally. The three had different stories and disparate experiences but they came out because they wanted change.

Now, President Barack Obama has announced change. His new policy directive means a reprieve from deportation for many young, undocumented people. With that change in mind, we revisit Ibarra and Vazquez's words to hear their views on this issue and their hopes and dreams.