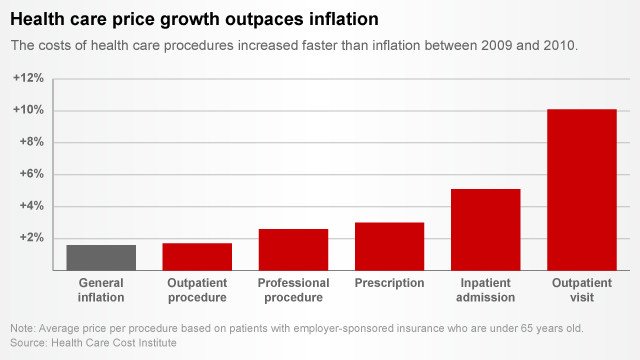 (CNN) – Yes, the Supreme Court has a major decision to make on health care. But there's a bigger issue: regardless of how the court rules, America faces multiple nightmare health care problems.

“I think there’s not a recognition that as big as the Affordable Care Act (ACA) is, it’s still only attacking part of the problem with health care,” said Larry Levitt, senior vice president with the Kaiser Family Foundation, a non-profit health care think tank.

The health care law primarily addresses one problem: access. It barely scratches the surface of the exploding costs of medical services and health insurance.

The Congressional Budget Office predicts that health care premiums will rise at least twice as fast as inflation for the foreseeable future, regardless of whether the ACA is upheld by the nation’s high court.

Levitt says that’s caused by a combination of problems, including the rise of cutting edge (and expensive) technology and the declining health of Americans in general. But the current health care debate barely touches on any of those issues.

“It’s hard to imagine doing anything about the problem of rising health care costs unless we help people understand what’s really driving them,” Levitt insisted.

Levitt believes that the debate over the health care law has left little room for people to think about the broader health care problems in the U.S.