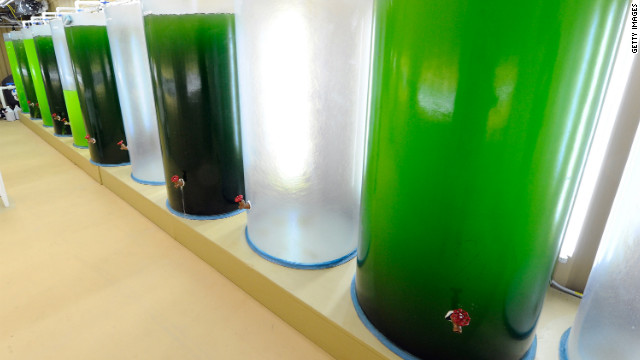 Both private and public institutions are racing to develop algae fuel as a sustainable alternative to petroleum.
June 25th, 2012
01:36 PM ET

(CNN) – Remember a few months ago, when the price of gas was the hottest topic on the campaign trail? That's when President Obama renewed his call for alternative fuels and Newt Gingrich pushed the party’s “drill, baby, drill” message. Now gas prices have fallen again and the GOP has chosen its candidate.

"We are greener when it's cheaper to be so, and when it's not we're not," says Ryan Adolphson, a former alternative energy adviser to President George W. Bush. [3:36]

So, with the smoke from the political battle temporarily cleared, CNN's Tommy Andres taps some experts to find out just how far away algae fuel is from powering America’s cars.