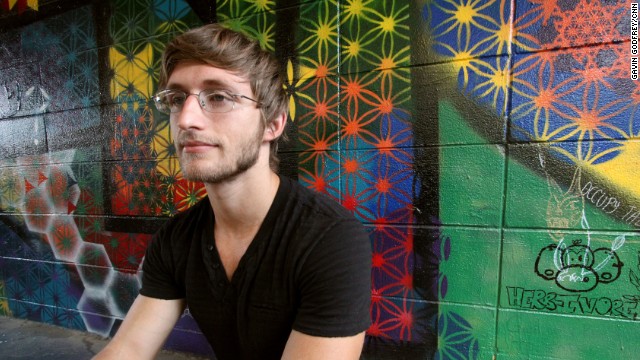 Logan Ashmore, 26, of Tallahasse describes himself as a “submissive" voter because he doesn’t feel he really has a choice.
July 10th, 2012
02:22 PM ET

(CNN) – During our three-week road trip across the country, we're asking voters to give us their views of the upcoming U.S. presidential election.

For Embed America's Team South, one of the first pit-stops was All Saints Cafe in Tallahassee, FL. At the cafe, Logan Ashmore, 26, answered a few questions about where he stands as a voter.

"If [Romney]  would drop the idea that this is becoming a socialized country and that having some level of social spending is bad thing and realize that sometimes you have to have those sort of mechanisms in place to protect the people that are left behind by an economy, I would start considering him." [0:53]

"I feel like I don't really have a choice in an election and I think that's kind of a rhetoric that most people use to justify not voting in our country." [1:57]