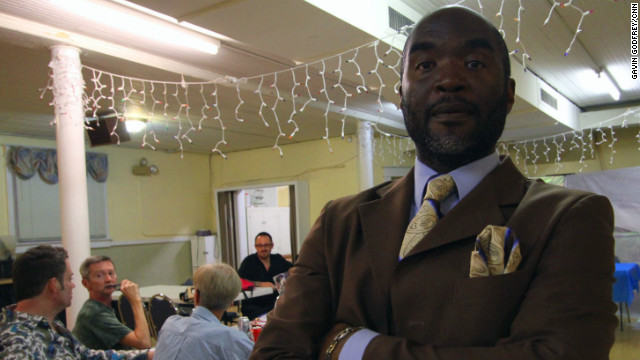 Anthony Hardaway of Memphis speaks to HIV support groups around Memphis about living with the virus and resources available to help.
July 12th, 2012
02:21 PM ET

Memphis, Tennessee (CNN) – During our three-week road trip across the country, we're asking voters to give us their views of the upcoming U.S. presidential election.

In Memphis, Embed America's Team South met someone who's watching the election through the lens of his effort to help those living with HIV. Anthony Hardaway says sometime in the 1990's he stopped taking pictures of his friends. "I got sick of seeing the pictures I took ending up in the obituaries," he told a group of HIV-positive gay men on Tuesday.

Hardaway, who himself is gay, has been speaking to HIV support groups as an outreach employee of Memphis non-profit Friends For Life for more than two decades. He says this year's election is crucial if funding for HIV services is to be continued.