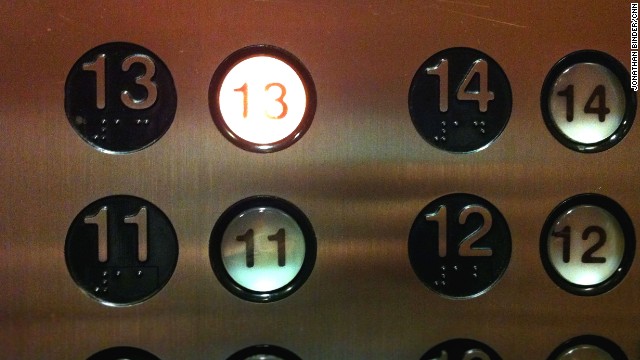 Tempting fate on Friday the 13th

(CNN) - It’s Friday the 13th. There are both Christian and pagan roots for the phobia many have of the day. Briefly, Christians believe Jesus was crucified on a Friday after 13 people attended the Last Supper.

The stories of Adam and Eve and the Great Flood also have ties to either the number 13 or Friday.

One Norse legend tells of the god Loki who crashed a party of 12 gods, making him the 13th guest, and he tricked the blind god of darkness into killing the god of joy and gladness bringing bad luck to the Earth.

Also, many of the Knights Templar were arrested, tortured and eventually executed on Friday the 13th.

Whatever you believe, or don’t believe, many people worry for their luck on Friday the 13th. For some it’s a true test of superstitions. For others it’s a source of entertainment. For CNN’s Jim Roope, it’s both. Jim ventures out on the streets of Los Angeles to tempt fate on Friday the 13th.

Office manager in a downtown Los Angeles high rise building: “How’d you get in here? Great security we have. We don’t want to have to call and have you arrested” [1:24]

Executive assistant Tracy: “Actually anybody that looks like [Roope] needs some good luck. So, I hope you get it.” [3:30]

Is Friday the 13th just another day, or something you worry about? Let us know your experience with the 13th in the comments below: