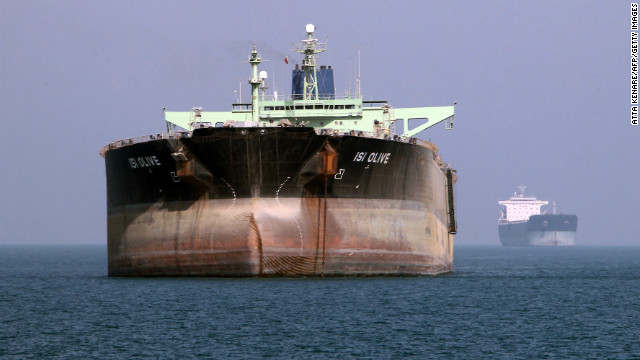 Will Iran cry "uncle" over sanctions?

(CNN) – A large chunk of Europe and a number of other countries around the world have stopped buying oil from Iran. The hope is that the rogue nation will be pressured to come clean about its nuclear program.  Are we seeing a modern-day "siege of the castle"?

CNN's Jim Ribble recently spoke with a couple of Mideast experts (with differing opinions) to get their thoughts on how the sanctions are working. Vincent Lauerman of  global energy analysts, Energy Intelligence Group, says:

But Michael Singh of the Washington Institute for Near East Policy is skeptical:

"It hasn't yet done the job of getting the Iranians to really get serious about compromising on their nuclear program."  [1:23]

Vincent Lauerman questions whether Iran – or the West – will win this latest test of wills:

"The major concern I have is that we (the West) overplay our hand and basically the relative moderates in the Iranian regime lose what power they do have...and the hardliners just take over again.  But as long as we don't overplay our hand, I think ultimately there's a very good chance we're going to force the Iranians down to their knees."  [3:32]