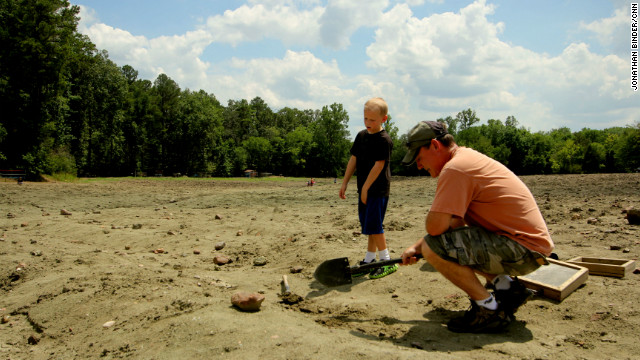 John Burbee and his son dig for treasure at Crater of Diamonds State Park in Arkansas.
July 21st, 2012
08:00 AM ET

Arizona, Georgia, California, Florida and at least 20 other states have cut park funding due to budget shortfalls. Overall, it seems the public views the parks as a low priority. A June CNN poll revealed that Americans did not list preserving the environment, maintaining park space or keeping them operational as important issues this election.

"In our family, it’s something we use a lot. And we like to think of the land as something we’re borrowing from our great grandchildren. [1:27]