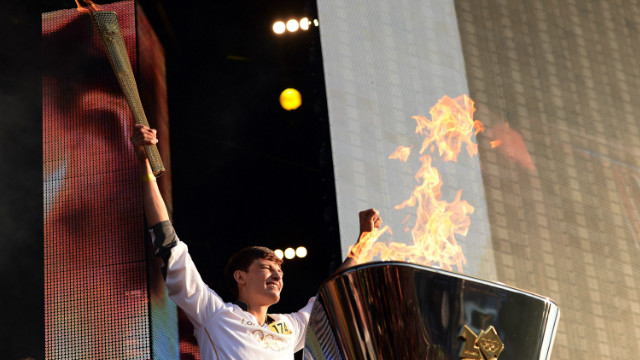 Flame and fire: A heated history of the Olympic's most powerful symbol

(CNN) – The lighting of the Olympic cauldron is the culmination of years of planning and millions of dollars spent by the host country.

It is the zenith of the Opening Ceremony, when flame turns to fire. But it wasn’t always such a big deal, according to Jaime Loucky, author of The Complete Book of the Olympics.

[3:18] “The first person who lit it was just some unnamed employee of the electric utility company. It hadn’t become a pageant, it hadn’t become a big thing so they just had some random guy light it.”

The symbolism of the cauldron dates back to the ancient Olympics in Greece, but fire's modern history in the games is a bit surprising.

From the controversial architects of the Torch Relay, to accidents that sent mixed messages of goodwill, fire has had a strange and powerful presence in the world’s most watched event.