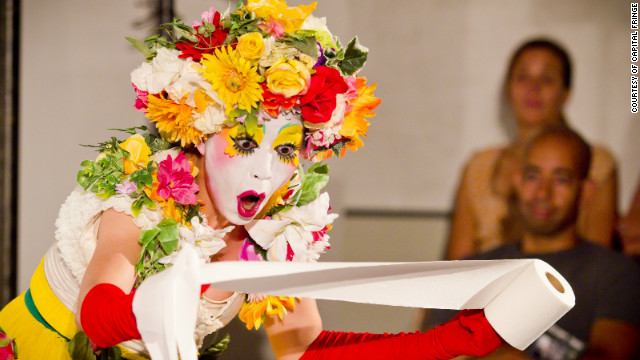 (CNN) – After World War II, Edinburgh, Scotland created a theater festival for the war-weary – and they invited the biggest names in theater.

But they didn't invite the locals who wanted to put on their shows, too. So the locals put them on anyway, in alleyways, in bars, in churches, anywhere they could.

And so the Fringe Festival phenomenon was born. Over the past decade, Fringe has spread in the States. From Boulder to Orlando, New York, Cincinnati, and Minneapolis, and other cities.

Fringe is art for these shaky economic times. It's free-wheeling, low-tech, and especially, unjuried. The Fringe philosophy says: if you have a play to put on, Fringe will give you a stage and the basics. Let the market decide whether you're any good!

What makes a performance piece a good fit for Fringe?

Like we said: art for these times. Fringe is in Boulder and Orlando, San Francisco and Kansas City – and it's cropping up in other places. Washington D.C.'s Fringe runs through July 29. New York's International Fringe Festival begins August 10. Click here for the full calendar.