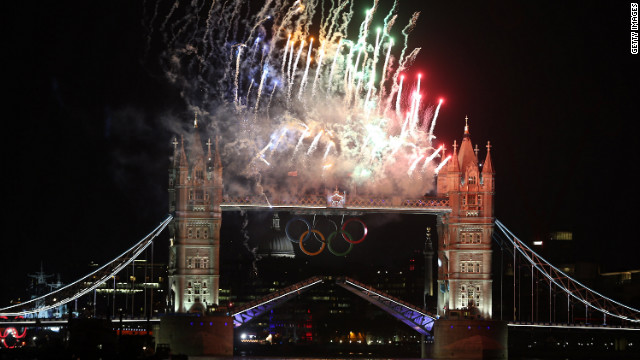 (CNN) – The 2012 London Olympics are well underway, and not a day too soon. The world could use a distraction from headlines about global recession or summer drought.

Of course the Olympic Games are a visual spectacle made perfect for television. American broadcaster, NBC, attracted 28-million viewers for its coverage of the 2008 Beijing Olympics. Imagine experiencing the Olympics solely through audio. For some, it's the only way. BBC Radio reports that it will provide special audio coverage of the games specifically for the vision impaired. You can hear about that from the BBC's Mani Djazmi who, in this 30 minute podcast, explains that trained “describers” will provide listeners an audio description during the Games. In the same podcast, there's also a revealing look at life inside the Olympic village. And surprise, surprise, not all the athletes are on their best behavior.

This next (obscure perhaps) suggestion will be of particular interest to pilots whose flight plans may take them near London during the games. It's presented by Britain's Civil Aviation Authority. And as this site explains, the podcast "focuses on the airspace restrictions that the Government will be putting in place during the Olympics:"

If that gets you flying, so to speak, you can hear more from the producer of the "award-winning" Flaps Podcast on SoundCloud.

Finally, we conclude with a music segment that aired this week on NPR's All Things Considered. They're featuring a summer series called "Mom and Dad's Record Collection" in which listeners tell stories about a song introduced to them from their parents' record collection and how it's stuck with them.

In this segment, NPR listener Christina Pappas talks about her particular dislike for a favorite song of her dad's, the Warren Zevon classic, "Werewolves of London." Pappas says she eventually grew to like the song and even played it at her wedding. (The 1978 song is notable for its opening lyric – hear more about that from BBC Radio 2)

Given the host city of the 2012 Olympics, we think "Werewolves of London" is especially apropos.