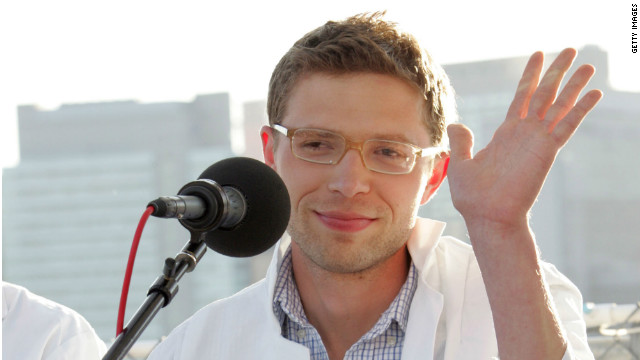 The fall of Jonah Lehrer

People packed auditoriums to hear him talk about neuroscience and how the mind works when it comes to being creative. But that’s all crashing down now thanks to a few manufactured quotes and a die-hard Bob Dylan fan.

[2:33] “As to how he could think he would get away with this, I think it’s just a matter of being powerful or maybe having some sort of illusion of power that excepts you from scrutiny,” says New York Observer Senior Editor Foster Kamer.

Kamer says a freelance writer who happened to be a Bob Dylan fanatic scrutinized a few quotes in Lehrer’s latest book attributed to the legendary folk singer. The writer, Michael Moynihan, kept pressing Lehrer on the origin of the quotes until, finally, the expert on creativity admitted that he made them up.

[4:51] “You know, for a guy who talks so much about imagination you would think that he would have the imagination and creativity to simply write around it instead of the creativity to make up new Bob Dylan quotes,” Kamer says.

Lehrer resigned from his position at the New Yorker this week. While a former editor is coming to his defense, Lehrer's entire body of work is now being scrutinized.

You can hear CNN's interview with Jonah Lehrer here.