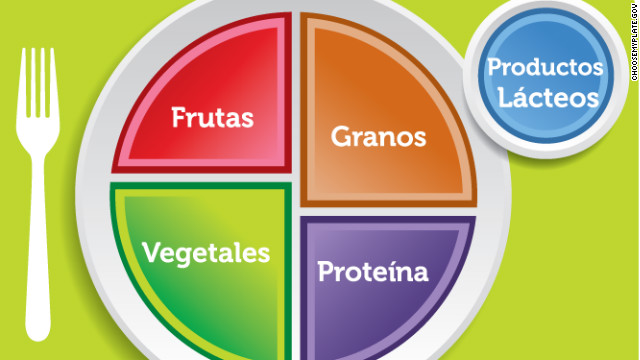 Inside obesity and ethnicity

(CNN) – It’s been just over a year since the USDA replaced its old food pyramid with a color-coded plate icon. The plate, containing four sections of different sizes, represents kinds of food we should eat and how much. But has it helped in efforts to reverse the climbing obesity rates in the US?

[0:40] “We predict that by the year 2030, obesity rates will increase 42-percent,” said the Center for Disease Control’s Dr. Eric Finkelstein.

[1:04] “Certainly the rise is increasing at a decreasing rate,” Finkelstein said.

Finkelstein’s report on obesity rates in the US is an average. There are some segments of the population where there is no decrease in the increase.

“There’s a very high occurrence of high cholesterol, high blood pressure, diabetes in the Hispanic community,” said Robert Unanue with Goya Foods, the largest Hispanic food company in the US and is very familiar with Hispanic health issues.

He said it’s not so much the food itself as much as it is the way it is cooked and the size of the portions.

According to the CDC, more than a third of Hispanic adults and nearly 20-percent of children are obese.

This has prompted Goya Foods to partner with the USDA’s “My Plate” campaign, or "Mi Plato" in Spanish.

[2:39] “There were certain things I didn’t know I could make real easy,” said Ruby Guzman.

She’s one of several moms who gather at the Boys and Girls Club in the heavily Hispanic Boyle Heights section of Los Angeles. In an effort to promote its own line of healthy food products, Goya Foods offers free healthy cooking classes

The classes encourage the use of olive oil instead of lard or butter. They also explain how to combine foods that provide nutrition and energy. Recipes are provided that, mother of two Elena Benson said, turns a not-so-healthy snack like a quesadilla, into a nutritious meal.

“We are preparing black bean quesadillas. The idea to add black beans to the quesadilla is to add more protein and fiber,” said Benson.

There are many resources to help with healthy eating. The USDA offers free recipes on its website including healthy ways to prepare cultural foods.