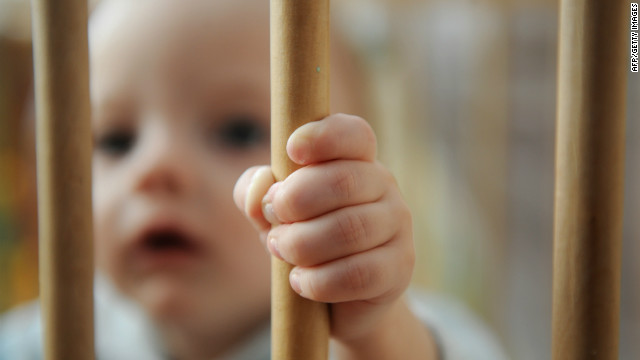 (CNN) - Sixty-four percent of mothers with children under the age of six work. That makes for a lot of kids in daycare. The U.S. Department of Labor recommends parents spend no more than 10% of their annual income on child care. But experts say putting a young child into a good program can cost $1,000 per month or more. That's on par with tuition at some public universities according to Theresa Prestwood with Quality Care for Children, which helps parents in Georgia find good childcare:

[1:39] "Unfortunately, it costs more to send an infant to child care than it does to send your child, just tuition, to Georgia Tech."

Paige McKay Kubik with the Atlanta-based child care organization, Sheltering Arms, says it's a serious predicament for many families:

[2:34] "Parents have been forced with some hard decisions. You know, do I pay for good quality child care, but then have a hard time figuring out how I'm going to put bread on the table? Or do I look for something that may be less stable, where people are not as qualified, not as experienced – but still be able to balance my budget? And that's a hard choice."

Each state in the U.S. runs its own subsidized child care program, but the funding has limits as states struggle to balance their budgets.  Carol Burnett with the Mississippi Low-Income Child Care Initiative says state subsidies are enormously beneficial to those who receive them:

[3:55] "The problem is there is not enough money in the program to serve all the families that qualify. Right now we've got about 13,000 children on the waiting list."

And as parents feel the pinch, some stop sending children to day care all together. Lynne Black is director of Little Leap Academy in Tupelo, Mississippi:

Black says she had to layoff four staff members in 2008 due to the recession.