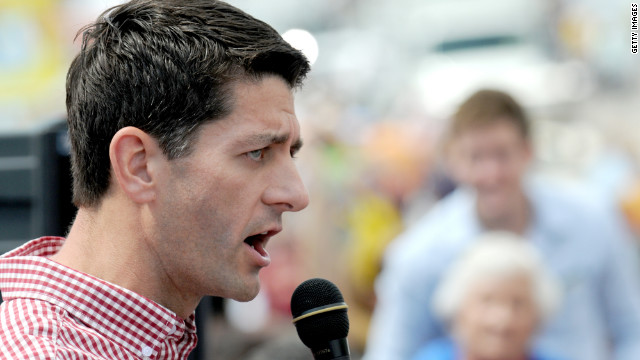 (CNN) - On Monday in Des Moines, Iowa, Paul Ryan got to see the dirty side of presidential politics up close and personal during his first solo campaign stop as Mitt Romney's choice for running mate. Ryan delivered his speech over a heated exchange of shouts from hecklers and supporters alike. He told the crowd President Obama isn’t growing the economy the way he needs to be:

[2:42] "As you see the president come through on his bus tour, you might ask him the same question I’m getting asked from people all around America and that is ‘where are the jobs, Mr. President?’”

Mitt Romney’s choice is being called brilliant by some, polarizing by others. But only four to eight percent of Americans, the ones who are still undecided about who they will vote for, still hang in the balance. With two weeks until the Republican Convention, the two-on-two game can now officially begin.