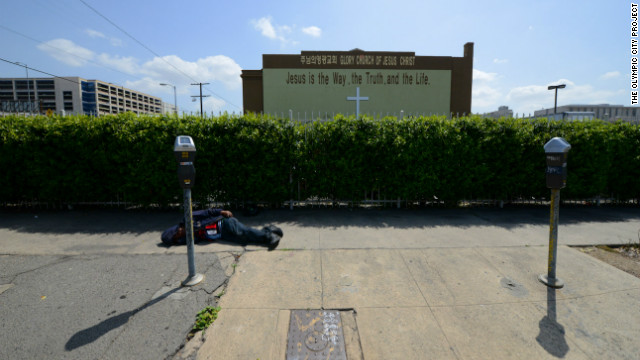 (CNN) - The athletes are long gone. Hundreds of thousands of spectators are back at home. Work crews will now begin deconstructing all but six of the venues that hosted the world’s best athletes at the Olympic Games in London.

So what comes next? Ellen Dunham-Jones, a professor of Architecture and Urban Design at Georgia Tech, says the intent is to transform East London and give the city room to grow:

[1:44] “The legacy of the investments in transit, in the public space, giving London room to expand as the population continues to grow but that it expands with access to transit and to parks and to employment and housing, I mean that’s huge.”

Other host cities had grand plans for the years that followed the games. The results have been mixed. A photo exhibit at the Storefront for Art and Architecture in New York titled, "The Post Olympic City," shows how some former host cities were left with abandoned venues that have been taken over by nature.

Other cities experienced a rebirth. Photographer Gary Hustwit said only time will tell what the legacy will be for London:

[5:48] “You can’t force growth onto a city. You can’t force a neighborhood to be engaging and to be embraced by the city and for people to want to go there. That only happens naturally so we’ll have to wait and see in 20 years.”

Creating a lasting legacy and noting what has or hasn’t worked in other host cities is foremost on the minds of officials in Rio de Janeiro, host city for the games in 2016.