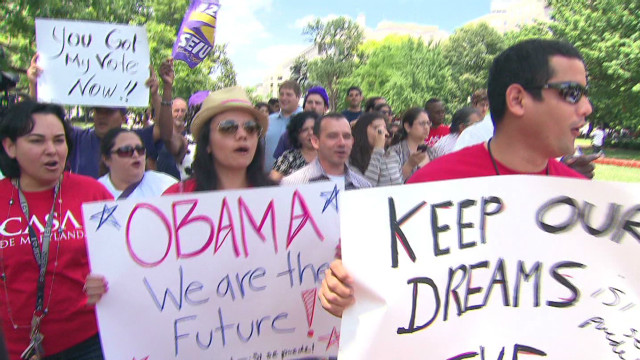 This week student immigrants who were undocumented started to apply for a two year extension on deportation.
August 19th, 2012
06:00 AM ET

(CNN) - Welcome to the CNN Radio Soundwaves Sunday Playlist. Each week we bring you some interesting stories we're listening to. We hope you'll return the favor and let us know your pick of the week.

Here's what we discovered this week. These stories made us think, empathize and laugh.

Immigration was a big topic this week as a new federal policy went into effect allowing students to apply for deferred action on deportation. This story caught our attention as it features a group of young undocumented activists who get detained on purpose so they can find out what's going on in a detention center in regards to low priority detainees. This report comes one year after ICE called for prosecutorial discretion.

The drought affecting much of the country got a bit better this week, but in some places it actually got worse. What struck us about this story is that it's reported from one of the driest counties in the country...and it's not in the Midwest.

The beginning of this story is just fun. And, we felt the idea of a pub that boosts non-profits is a novel idea. After all it will open this fall in Portland, a city that apparently has the most non-profits per capita in the U.S.

That's it for this week. Enjoy! Remember to let us know what podcasts you're discovering online.