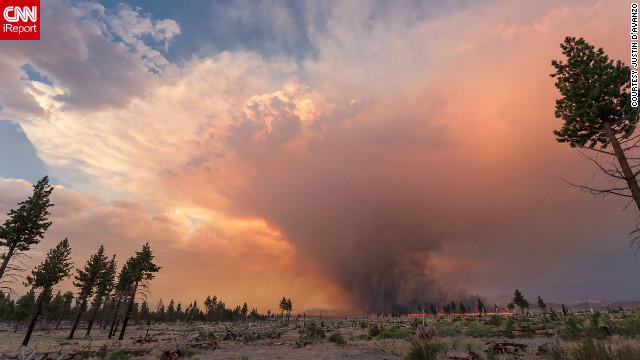 The Indian Fire in Northern California near Mono Lake, just east of Yosemite National Park. The fire was contained after burning 12,574 acres.
August 22nd, 2012
11:23 AM ET

The politics of wildfires

(CNN) - Why do wildfires seem to keep getting worse in the U.S.?

Fire historian Steve Pyne says a misguided fifty-year policy of stamping out all fires has led to the modern mess:

[1:38] “What this did was build up combustibles that now give us more intense fires and change the character of fires. So the plants and trees that were adapted to surface fires are no longer adapted to the kinds of fires that we’ve seen.”

But according to Pyne, solving the problem is more political than technical. He says, to stop fires, more "good fire" is needed, fire that helps maintain a natural balance in the ecosystem. But getting all of the levels of government, special interest groups and average citizens on board with a cohesive plan has proved difficult:

[4:03] “Sometimes I do have to say it looks like the effort for a national health care program where everybody has their own particular interest and by the time you put all this stuff together it looks like gibberish.”

Meanwhile, the National Park Service says the federal budget to fight fires will likely be depleted well before the season is over, and some states are out of cash to control fires. That’s already led one state, New Mexico, to go back to the old policy of stamping out all fires to save money. That's a policy some experts warn is one that put the country in this mess in the first place.