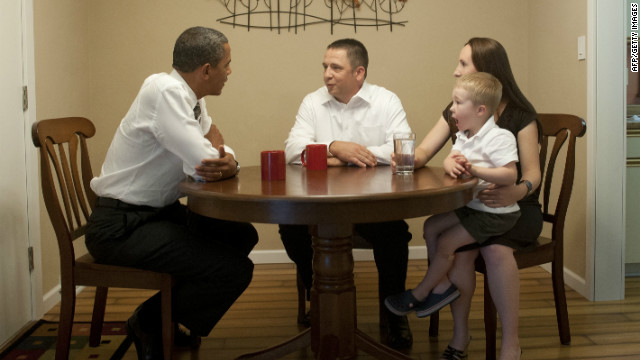 The middle class falls behind during 'lost decade'

(CNN) - California resident, Mike, says he has to keep working to get by, but at 58 he’s starting to feel too old. He considers himself in the middle class, but jokes he’s probably in the “lower part:”

Since World War II, American families have gotten richer every decade. That is until 2000.

The last ten years have been tough on the entire country, but with half of Americans describing themselves as middle class, both presidential campaigns have been honing their messages to a group that is receiving less of the economic pie than ever before. A group that includes people like Mike.

A new Pew Research Center survey finds that 85% of Americans who describe themselves as middle class say it’s now harder for middle class people to maintain their standard of living.

Pew says these Americans blame banks, big business, and both President Bush and President Obama, depending on party affiliation. But according to study co-author Paul Taylor, the middle class unites when weeding out the biggest culprit:

[2:34] “When it comes to Congress, there is total bi-partisan agreement. Everybody is ready to point the finger at Congress.”