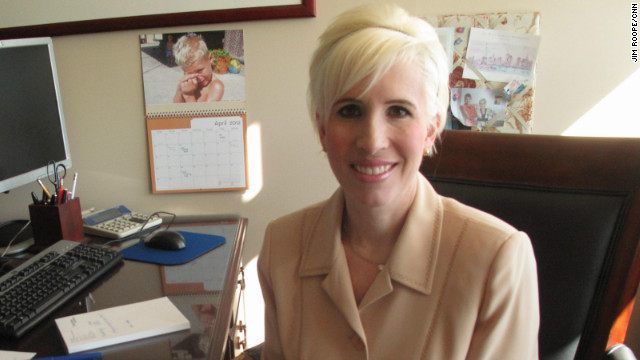 The story of Crystal Harris spurred the California legislature into action.
August 27th, 2012
06:30 AM ET

Editor's Note: This story contains content some may find objectionable for younger listeners.

Los Angeles (CNN) - The California legislature unanimously passed a bill last week that would prohibit victims of spousal abuse from having to pay alimony to their convicted abuser. The bill is a result of one California woman who says she was a victim of spousal abuse and the justice system.

[:48] “Four years ago, my husband attacked me. He raped me and I just…it’s hard to talk about,” said 39-year-old mother of two, Crystal Harris.

Harris is a successful financial planner and her husband, Shawn, was a stay-at-home dad raising their two boys. Harris said in the years after their second son was born, her husband began to get violent. First verbally then physically, and as the years progressed it only got worse.