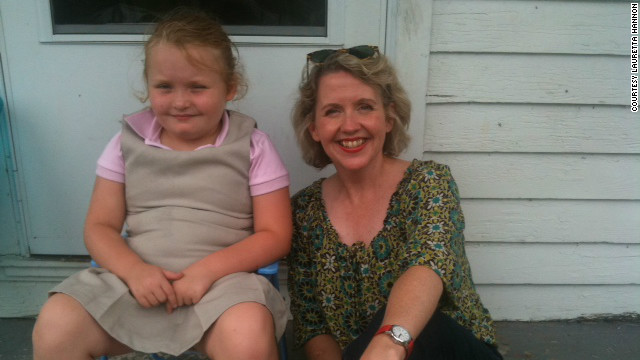 After seeing that thousands of viewers have expressed disapproval of the family's way of life, she decided to visit the little girl and her family

[2:00] "This dialogue is oozing with class snobbery and better than thou judgement that folks don't even detect in themselves," Hannon says.

Hannon found a family she says would be considered upper middle class by most standards. She says people like herself and the Thompson family just have different values.

[1:31] "We don't value physical perfection of designer fashion and we don't give a damn what you think of us. And that makes some of you mighty uncomfortable."

Hannon says values like authenticity, resourcefulness, humor and trying to learn from bad choices are important to people like the Thompsons.

Hannon is author of the book "The Cracker Queen, a Memoir of a Jagged, Joyful Life"