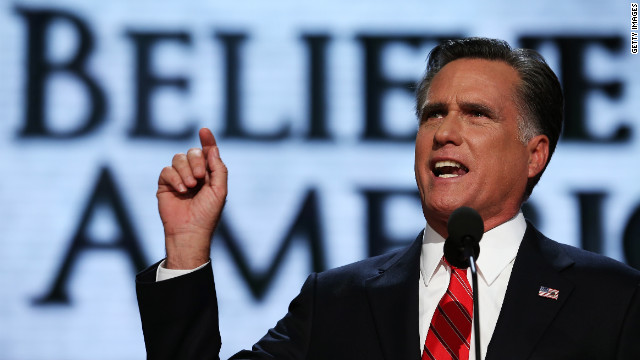 What we don't know about Mitt Romney

Tampa, Florida (CNN) – The Republicans' convention is over. The chairs are empty and the balloons are being swept up.

Over the last few days we’ve heard a lot about Mitt Romney. We heard from governors, senators, significant others, and from the candidate himself.

So now with all that behind us, what did we learn (or not learn) about Mitt Romney?

Well, we now know more about his personal narrative.

We know his focus is the economy.

[2:09] “We will cut the deficit and put America on track to a balanced budget.”

But what do we still not know? A few important things. We don't know exactly how he would cut government spending or how his jobs program would work.

How would he handle some big issues, like immigration?

Undecided voter Latisha Davis, who was watching Romney's speech, told CNN she did learn a lot. "But," Davis said, "I still don't know enough to really form a full opinion."

Learn more by listening to our in-depth report above.