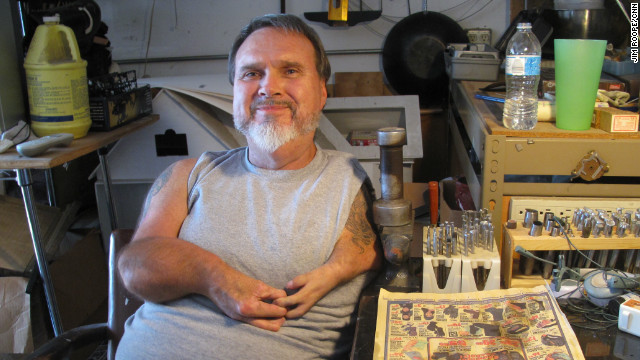 Jack Merica’s arms and hands are underdeveloped due to the anti-morning sickness drug thalidomide that his mother took while pregnant with him in the late 1950s.
September 6th, 2012
08:27 AM ET

A life shaped by bad medicine

(CNN) - Jack Merica’s mother suffered from severe morning sickness and a history of miscarriages. When she was pregnant with him in the late 1950s, the morning sickness came back. Concerned that her symptoms could bring on another miscarriage, she went to the doctor. To fight the sickness, she was given the experimental drug thalidomide.

[1:56] “All they told her was that it was a birth defect,” said Merica “That it was just one of those things.”

Merica said the doctors didn’t connect his mother’s use of thalidomide with his condition. But she did. Sitting in the waiting room of her pediatrician’s office in 1964, when she opened Life magazine to a story with pictures of children in Europe with birth defects linked to thalidomide.

[2:31] “I remember pointing out to her that one little girl’s arm looked just like my left arm,” said Merica. “She put two and two together.”

The doctors told Merica that it was something he’d just have to live with.

Listen to the complete story in the above player and join the conversation below.