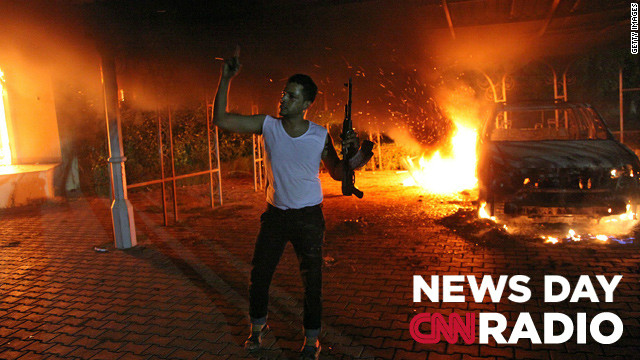 [1:38] “This is an attack by a small and savage group, not the people or government of Libya," says Hillary Clinton

[9:53] “You've got brothers and sisters picking up cans...you gotta eat. It makes you feel less than a man,” says DeMark Williams.

[15:30] “His voice is so ragged, I describe it as eating nuts and bolts," says Los Angeles Times music critic Randall Roberts about Dylan's new album