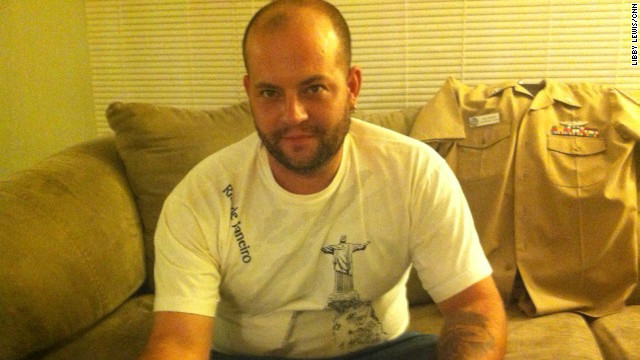 Adam Worden was discharged from the Navy along with 2,945 other career sailors. He's looking for work -- and hoping to avoid foreclosure on his house.
September 13th, 2012
03:26 PM ET

(CNN) – Adam Worden met with a realtor last week – he’s hoping he can sell his house in Chesapeake Virginia, so it doesn’t go into foreclosure.

He’s one of nearly 3,000 career Navy sailors who lost their jobs as of September 1st.

The Navy terminated their contracts – some with years to go – to deal with the fact that it had too many sailors in certain jobs.

“I’ve lost pretty much everything – unexpectedly,” Worden says – “because everything I did depended on my contract.”

Juan Garcia, Assistant Secretary of the Navy for Manpower and Reserve Affairs, told CNN the decision to eliminate the jobs of Adam Worden and 2,945 other sailors was agonizing – but necessary – because of record high retention rates.

The Navy’s allowed some of those sailors who lost their contracts to transfer to other Navy jobs, or to the Reserves – where they can continue their careers. And Garcia said the Navy has taken a number of steps to help the rest of them, including Adam Worden.

But about 300 laid-off sailors are suing the government. They say the Navy broke the law when they terminated their contracts.