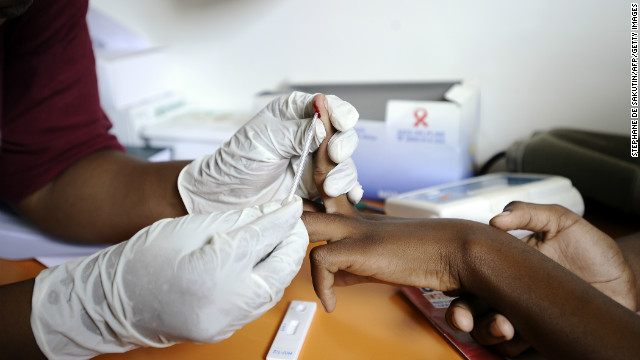 A better way to fight HIV

(CNN) – Since the AIDS epidemic exploded in the 1980s,  millions have died from the virus, and billions of dollars have been spent fighting it.

Could that money have been better spent?

What if anti-AIDS funding missed cheap, local efforts that already had proven records of saving lives?

Those are some of the provocative questions asked in Tinderbox: How the West Sparked the AIDS Epidemic and How the World Can Finally Overcome It.

The essence of the authors' argument is pretty simple.

[1:39] "HIV spreads with different speeds and really in different ways in different parts of the world. In San Francisco it was predominately gay men. In Thailand it was predominately brothels. In most of Africa it's spread by heterosexual sex among regular partners, husbands and wives and boyfriends and girlfriends," says Washington Post Journalist Craig Timberg, one of the book's co-authors.

He argues that the sharp focus on vaccines by Western donors and governments has ignored the virus' unique risk factors and methods of spreading.

Timberg and co-author/epidemiologist Dr. Daniel Halperin say that addressing the issue of sex directly, using culturally appropriate language and messaging, can actually slow the spread of the virus.

Halperin says that it's worked in Uganda:

[2:48] "The Ugandans themselves in 1987 began developing something called zero grazing. It was a call to reduce one's number of sexual partners and it's been scientifically documented to have reduced the prevalence of HIV by about 50 percent over decades."

The authors acknowledge that such discussions can prove awkward, especially for Western donors and governments prone to feeling squeamish about discussing culturally different sexual norms.  As Timberg put it:

Instead, they advocate letting the locals do the talking.

Timberg and Halperin say that Western donors should continue spending to develop a vaccine and maybe one day a cure. However, resources must also be put into these critical conversations which can and have saved lives.