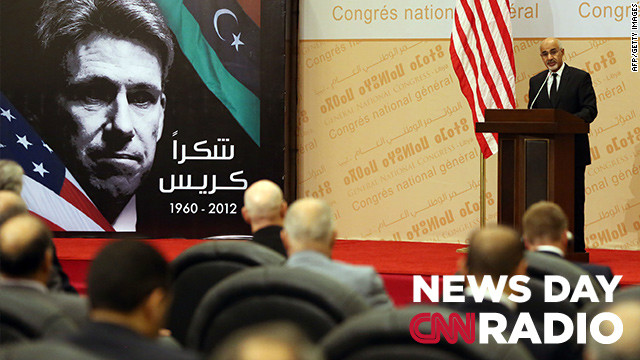 [2:47] "This is standard protocol for the State Department. When there's a threat, especially to an ambassador, they're pulled out, moved, or security, heavy security, is sent in.  The chain of command in this broke down."

[7:58] "In swing states Latinos have increased their percentages of eligible voters.  So, it is very well possible that they may, indeed, decide this election."

[14:15]"Everyone agrees that nothing is gonna happen until someone else gets killed.  And it's the most disgusting thing," says former bodyguard Sean Burke who founded The Paparazzi Reform Initiative .