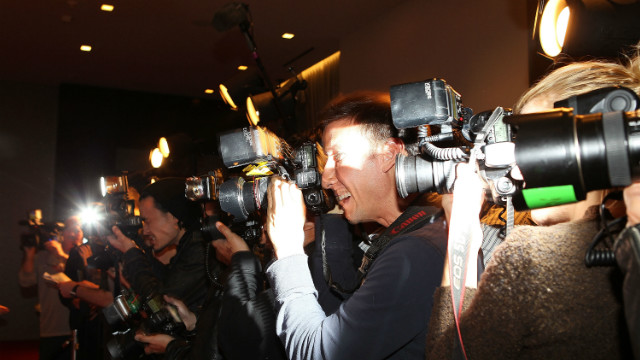 The paparazzi camp out at venues around Los Angeles hoping to catch celebrities out on the town.
September 20th, 2012
12:49 PM ET

The quest to reform the paparazzi

(CNN) – A French court has leveled fines and penalties on the French Magazine ‘Closer’ for publishing topless photos of the Duchess of Cambridge, Kate Middleton.

However, a former bodyguard says it doesn't do enough to curb bad paparazzi behavior.

[:35] “It’s one of the lowest forms of employment I’ve ever seen, personally,” said Sean Burke.

Burke, who worked as security for many high-profile celebrities, founded The Paparazzi Reform Initiative and is responsible for helping to enact several paparazzi laws.

He says that what happened to the royal couple while vacationing at a private chateau in France is inexcusable.

In cities like Los Angeles where celebrities are in abundance, he worries about the dangerous situations paparazzi cause.

Burke said the paparazzi will do and say anything to get the photo that gets them paid.

[2:40] “[The things they] accuse you of; of about your private parts, of about your spouse, or about your mom, your dad, your baby, anything they want to try and get you to react; that in itself is inhumane.”