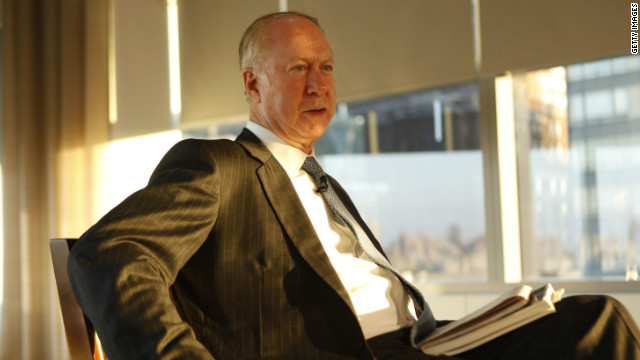 (CNN) - I’ve never heard anyone ask CNN’s senior political analyst, David Gergen, about his role in developing one of the most memorable lines ever in a presidential debate.

I've never heard anyone ask him about the message former President Nixon urged him to pass on to the new president Bill Clinton.

Never heard him talk about the pocket of American politics that gives him real hope for our future.

Never heard him talk about his mentors.

Never heard him talk about the growth spurt that killed his baseball dreams – about the pitch that got away.

I've never heard anyone ask him what he’d tell his four grandchildren about the world they will inherit.

Now, we have the answers to those questions and more. Answers that reveal a side of David Gergen that we don’t see on the daily political panel discussions.

You’ll only hear the answers by listening to this program. David Gergen, adviser to Presidents Nixon, Ford, Reagan and Clinton. Professor at Harvard’s Kennedy School.

CNN’s senior political analyst. A man with a big family and big dreams for America’s future, here on CNN Profiles.