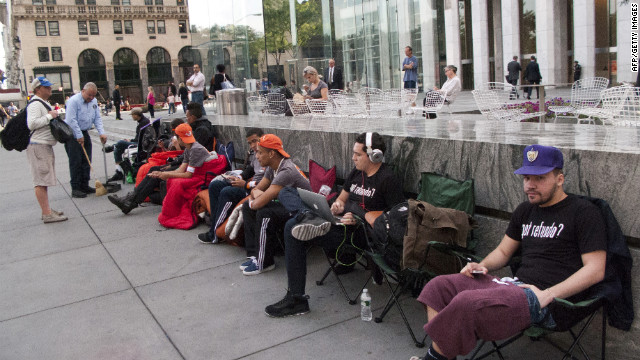 (CNN) - The mobile technology evolution has hit a fever pitch in recent years.

It seems every few months, consumers have new or upgraded devices to consider in the marketplace.

In just the last couple of weeks, Apple and Amazon have unveiled their newest and improved gadgets.

[:35] "I normally replace every year. I have to. Everything. Sometimes twice a year on the phones."

For Fulton, that means updating his Android phone, along with a tablet and two laptop computers.

Tech companies love people like Fulton who must have the latest gadgets as soon as they come out.

Increasingly though, people who usually sit on the sidelines when new devices are released are finding them harder to resist.

Technology's rapid advance, and its saturation of our lives, is changing how we view the devices and when we buy them.

Ryan Hamilton teaches marketing and consumer behavior at Emory University in Atlanta. He says for many consumers, it's become a human rights issue:

[5:44] "People need this almost to survive. People talk the same way about cable television, where this has become a fundamental need of functioning in society. In a way where people used to talk about food and access to clean water."

From a 'need' to a 'want'. From 'what's new' to 'when to buy.' Things may never be the same for consumers and technology.