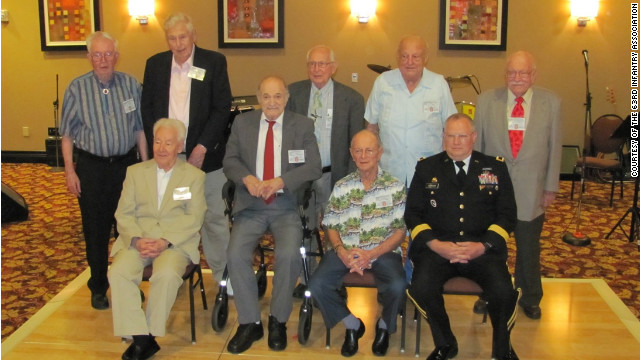 [:41] " These were the men of World War II's 63rd Infantry Division– the division whose motto was 'Blood and Fire.' Fifteen-thousand soldiers in that division had crossed the ocean to Europe, and then had fought their way through France and Germany.  Some 1,200 were killed in combat; thousands more were injured, some grievously."

[2:17] "'We have something in common,' said Dr. Jack Linscott, 86, of Marysville, Ohio.  'We counted on each other then, and we still do.' The men understand that in the end, as at the beginning, they have each other."