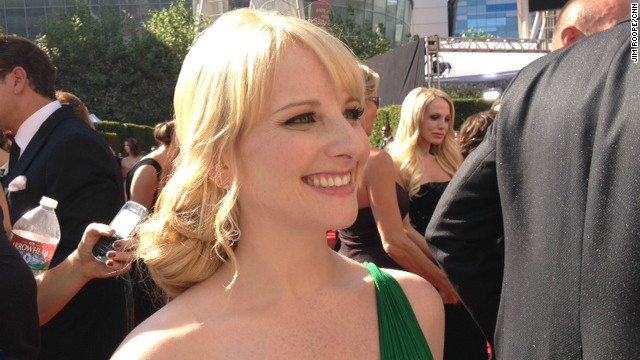 (CNN) – On the surface, celebrity and Twitter seem like natural partners. Sometimes though, the two just don’t mix. We talked Twitter with some celebs on the Red Carpet at Sunday’s Emmy Awards.

[:10] “I don’t 'drunk tweet' because I think that that can get you into trouble,” said Melissa Rauch, who plays Bernadette on the hit TV comedy, "The Big Bang Theory."

That’s a safe policy to take says Scott Levy of  Fuel Online, a social media management firm. He said some celebrities don’t really understand that what seems like a little tweet, can have huge impact.

[1:36] “It’s actually a larger magnifying glass that you’re under and people don’t really think that.”

There’s a line celebrities can walk between professional promotion and personal information, said Levy, but managing that is the hard part.

Comedian Jeff Garlin, who stars in HBO’s "Curb Your Enthusiasm," wouldn’t tell us what it was he said but:

[3:35] “I just tweeted recently this tweet, ‘I regret everything I’ve ever said.’ And I think that covers all of it. I screw up everything.”

There are some celebrities who simply don’t tweet because they not only don’t want to worry about saying the wrong thing, but they like retaining some separation between them and their fans.