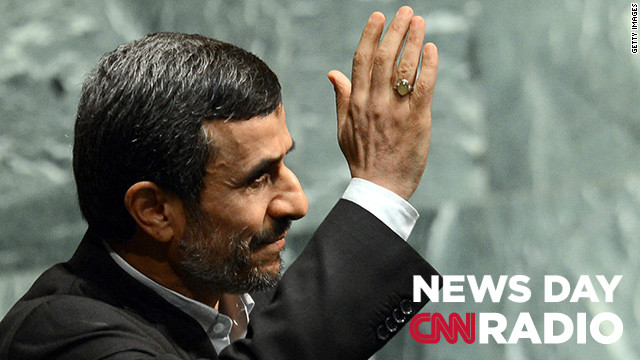 [1:47] “Continued threats by the uncivilized Zionists to resort to military action against our great nation is a clear example of this bitter reality," Ahmadinejad said.

[10:38] "By the end of the 1800s, most postal jobs were postmaster jobs and the others were prestigious jobs too in the black community, especially where so many opportunities were restricted."

[17:17] "Richard Nixon's mother was so concerned about how her son had looked on camera that she actually called Nixon's secretary and wanted to know 'is everything okay with him'," says  Northeastern University journalism professor, Alan Schroeder.