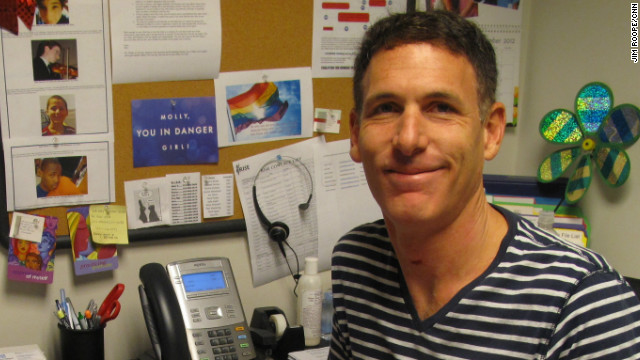 Michael Ferrera is the Director of Lifeworks, a teen mentoring and development program of the Gay and Lesbian Center in Los Angeles.
October 2nd, 2012
01:07 PM ET

(CNN) – California has become the first state in the nation to outlaw the practice of reparative therapies, sometimes called gay conversion therapies.

Michael Ferrera is the director of Lifeworks, a youth mentoring and development program that's part of the Gay and Lesbian Center in Los Angeles.

[:40] “You can hear it in the word ‘reparative,’ that the assumption when a clinician practicing this modality of therapy, assumes that there’s something wrong.”

The American Psychological Association says that

"Although much research has examined the possible genetic, hormonal, developmental, social, and cultural influences on sexual orientation, there are no findings that permit scientists to conclude that sexual orientation is determined by any particular factor or factors."

Which sort of speaks to the point of those like Randy Thomasson, who opposes the law.

However, there is language in the law, written by California Senator Ted Lieu, that allows victims of molestations to seek mental health therapies that deal with sexual confusion or any other trauma resulting from an assault.