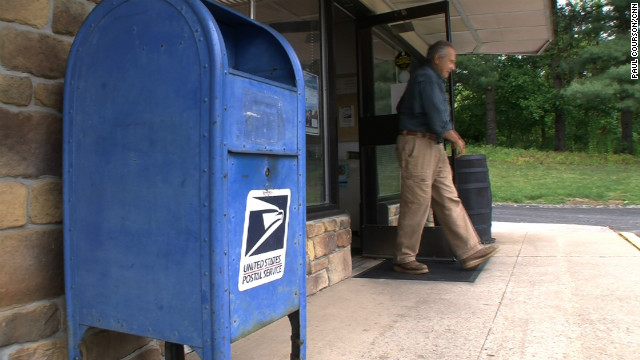 The US Postal Service played a large role in the creation of an African-American middle class.
October 2nd, 2012
10:58 AM ET

(CNN) – Wellington Cox Howard grew up hearing incredible stories about his family. His great-great-grandmother in particular was the stuff of legends.

In addition to teaching school and raising a great family, Minnie Cox served as Post Mistress in the small town of Indianola, Mississippi.

The year was 1891 and the appointment was a big deal.

[2:52] The salary was a fantastic amount of money she was appointed by the president, it was a political appointment.

For several years, Cox served with little fan fare. And then the protests began.

[3:04]  There was a gentlemen there that started the controversy that said we aren't going to have a black person passing our mail to whites.

Then, in 1902, the threats drove Cox and her family from their home. The story attracted national attention.

Her cause was championed by President Theodore Roosevelt and debated in congress.

While all this was going on, and with much less controversy, African-Americans across the country were finding work at their local post office.

Dr. Phil Rubio has written a book on the topic.

[3:56] By the end of the 1800's most post office jobs were Post Master jobs and the others were prestigious jobs too, especially in the black community where so many opportunities were restricted. So the black middle class at that time wasn't just doctors, lawyers and teachers but also Pullman Porters and postal workers.

African-Americans would still face segregation and efforts to keep them out of the Postal Service.

Those who did find jobs found a decent salary and stability, two perks not widely available to them during the eras of Reconstruction and Jim Crow.