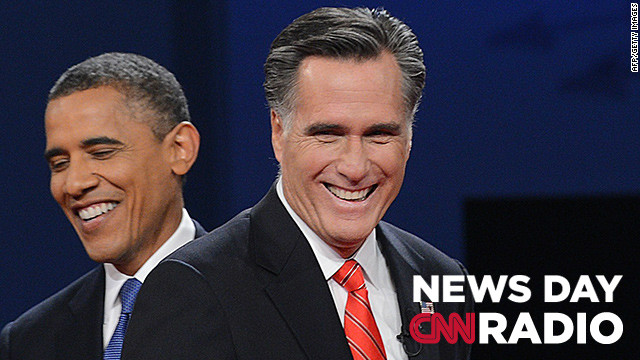 CNN Radio News Day is an evening news program providing an informative, thoughtful and creative look at the day's events. It's posted  Monday through Friday at 4:30 pm ET.

[4:39] “I think he has to be better about articulating the particulars in terms of how and why his policies are better for the country than Romney."

[9:52] "Shells have fallen in Jordan before injuring civilians.  They've fallen across the border in Lebanon.  Turkey as well now killing people. So you have that danger as well that it just metastasizes...  The unpredictable will happen and we're beginning to see it. "

[14:33] "I had no idea until it happened to me how incredibly violating it felt. And the process I went through was like wow I feel really icky, I feel like crying, I feel like vomiting."