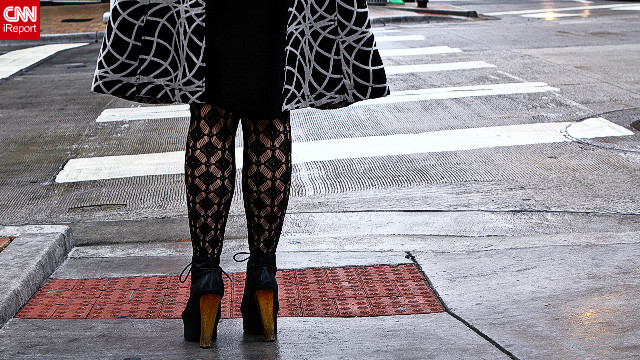 Women are speaking out about harassment they experienced with the hope that they'll make streets safer for everyone.
October 5th, 2012
06:30 PM ET

(CNN) – Brittney Gilbert takes the bus most everyday in San Francisco.  It's not her favorite, but she doesn't have a car or a bike.

On the bus, she's learned to ignore unwanted attention, even harassment.

A few weeks ago Gilbert tried her best to ignore a man who she says was trying to talk to her.

And then something awful happened.

[:39] As I got up to de-board the  bus he put his hand between my legs. I had to take a wide stance to get around him and when I did he basically  grabbed my crotch.

She wants to speak out about what happened to her and she's not alone.

Emily May is the co-founder and Executive Director of Hollaback, a group devoted to spreading stories and knowledge about street harassment.

[3:14] We are using mobile technology to really transform those experiences from isolating to sharable. And to use them to advocate for further social change.

They hope that by speaking out about something that is often misunderstood or downplayed they can make the streets safer for everyone.