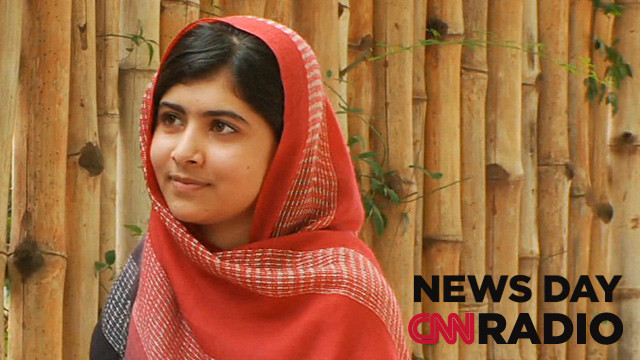 Anti-Taliban campaigner Malala Yousufzai remains in critical condition after being shot in the head earlier this week. Her struggle for gender equality is being higlighted on this International Day of the Girl.
October 11th, 2012
04:30 PM ET

[2:02] "So much of the impact of debates is not what happens that night.  It's the coverage that follows it.  And certainly, you know, for the Democrats this has been a very rough week with a general sense that President Obama delivered perhaps the weakest performance ever by an incumbent president... in a presidential debate."

[8:57] "It was my parents, especially my father, who would say 'you can lose everything you own in your life.  Your money can be stolen, you can be forced to leave your house during a war, but the one thing that will always remain with you is your education.' "

[11:47] "Once started, I don't think stopping a machine is necessarily suicide even if you know it's going to lead to your death.  Because the fact is, for terminally ill people, they're going to die. There's nothing that reverses this."