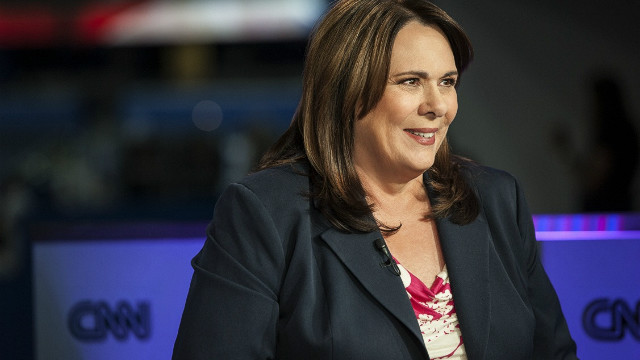 CNN Profiles: The Candy behind the debate

(CNN) - We journalists aren’t allowed to root for Barack Obama or Mitt Romney in Tuesday night’s debate. But we can root for our own Candy Crowley.

We’ve been rooting for her for many years and she has never let us down.

Through all the presidential campaigns she’s covered, arriving at her hotel after midnight, night after night, lucky to get four hours of sleep, then putting in a full day covering another day on the trail.

Then she’d finish her day with what seemed to any editor like a perfectly crafted narrative written by a rested mind. But we knew better. We knew Crowley was a sleep-deprived poet.

But she’s not sleep deprived any more. Not now that she has her regular Sunday morning State of The Union talk show gig.

And she reveals to us, in this CNN Profile, that she now has another way of resting and reinvigorating her mind that she’s been using diligently for the past four years. Candy Crowley is not just a moderator, she’s a meditator. She tells us how meditation impacts her work.

iReport: What would you like to ask Crowley about the debate experience?

Crowley does not live in some constant Zen state – as you’ll learn when we ask her if she’s ever been knocked down so hard professionally that the felt she couldn’t get up.

She will tell us about the volumes of information she’s been packing into her mind.

As for us parents, she’ll give our kids who will be up watching the debate some special advice on how to judge Obama and Romney for themselves.

We should learn a lot Tuesday night, from the presidential candidates and their questioners in their audience. We’ll learn more with Candy than without her. As you’ll gather from this interview, she is one powerful synergist.