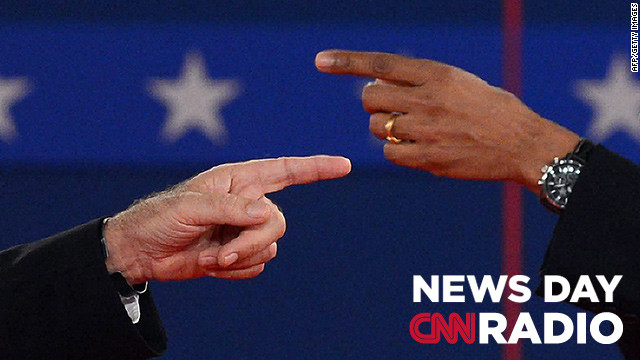 "Our political reporters felt that amid all the sparring it was President Obama with the most stinging jabs. "

"If I were to give one piece of advice for managing relationships in social media, I would call it 'the dinner table rule.' And,  it would be to remind people to think about themselves or to imagine themselves at the dinner table before they do something online that they're wondering about."

"The average Syrian probably isn't seeing fighting every day.  If you are better off, if you are middle class, than the chances are your neighborhood probably won't  have been affected as much."