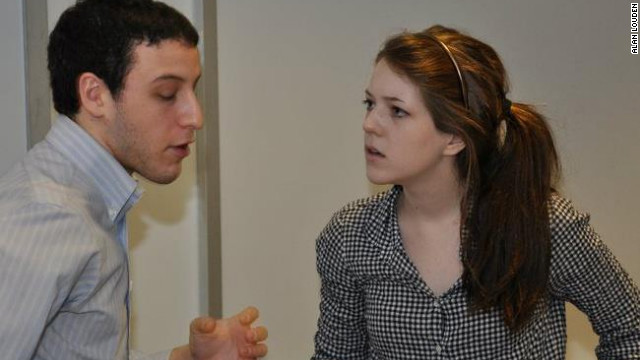 Champion debater Ryan Beiermeister (right) says listening is one of the keys to good debating.
October 19th, 2012
09:35 AM ET

CNN Profiles: The best debaters in the land

(CNN) - With the last presidential debate upon us, we felt it was time for a real education in the art of debating.

We decided to go out on a search for the best debater in the land.

Well, to name one individual as the best debater in the land would trigger a debate too long for this CNN profile.

And when you listen to them on this CNN profile, we promise you will never listen to a debate with your old amateur ears again. You will be a formidable judge if you just listen.

Which, by the way, is one of the key skills of being a great debater: the art of listening.

And those cheap shots, taking the weakest point of the other side’s argument and tearing it down, in other words, creating a straw man, that does not impress great debate judges.

If you’re a great debater, you’re expected to acknowledge the other side’s strongest argument, and rip that apart. That takes talent. And requires respect for the opponent – which is something else we learned is critical in debate.

And there’s so much more. In fact, if you’re a parent, as I am, I can tell you that listening to our two guests convinced me that debating may be the best training imaginable for our young students who hope to thrive in this world. You’ll hear why, on this CNN Profile.