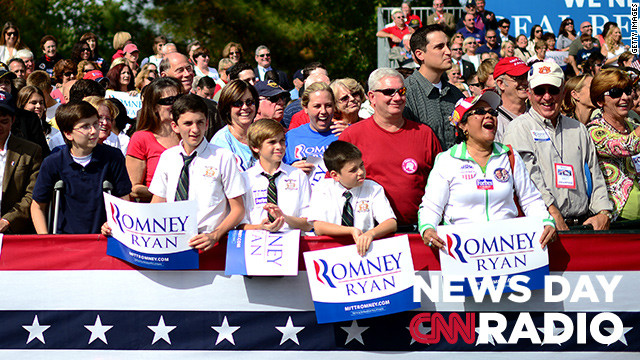 "If they haven't decided yet maybe the final debate could change their minds or persuade them to  change their minds.  Maybe it'll be a campaign event or a commercial they see in the last couple days.  It's hard to tell with these remaining voters when it comes to what's going to make their choice."

"The urgent element now is setting up a single supervisory mechanism to prevent banking risks and cross-border contagions from emerging.  And that's why the European Council called... for swift progress ."

"The illicit trade in art and antiquities is in excess of $9 billion a year...  It's the fourth largest means of promoting illicit proceeds after narcotics trafficking, after weapons trafficking, and after human trafficking, " says Craig Karch, Special Agent and Program Manager with the Department of Homeland Security.